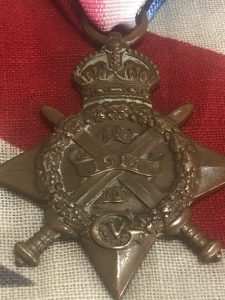 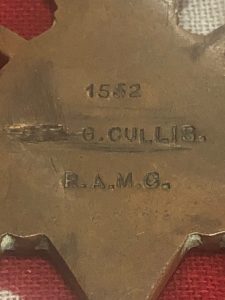 George was born in Worcestershire in 1889. He was working as a hay trusser when he enlisted into the RAMC in 1905. His service reckoned from 1908.

He went to France on the 20th August 1914 and even though he did apply for a clasp for the Star, he was told he was ineligible.

He served with the 8th Battalion as a cook in 3 Stat Hosp.

His address is given as Ronkswood Far, Worcs.

He was discharged in 1919 after 11 years service with a Silver War Badge numbered B21455. It transpires George had developed tubercles on his lungs.

Please see picture to note the ‘scratching out’ of his rank. Papers confirm him to be an Acting Sergeant.