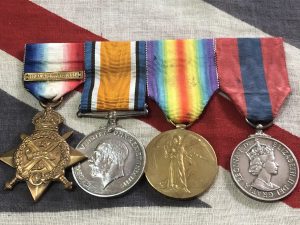 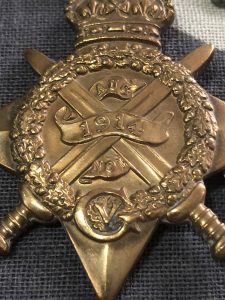 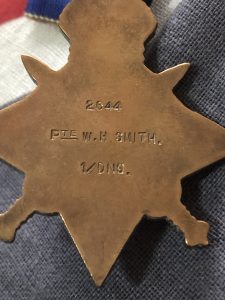 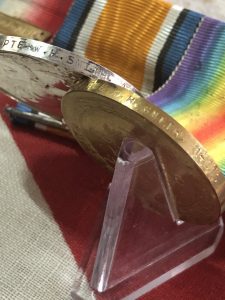 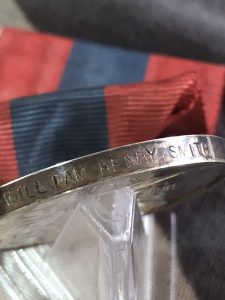 William Henry Smith was born in 1888. He was employed as a door porter before enlisting into the 1st Dragoons in 1908. Prior to WW1, he served in India and South Africa before returning to England in 1914. He embarked for France in October 1914. He was wounded twice in the head and was also caught drunk on duty and punished with Field Punishment No1 which involved being tied to a wheel of a gun carriage (normally very close to the front line and incoming shells). This was for several hours everyday.

He discharged in 1920 after 12 years with the colours. He later became a messenger with the Board Of Trade where he earned his Imperial Service Medal upon his retirement in 1957.

All swing mounted on original silk ribbon. Pleas note, the clasp on the 1914 Star is a tailors copy. Medals will come researched.