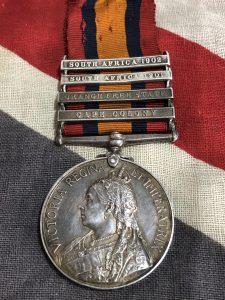 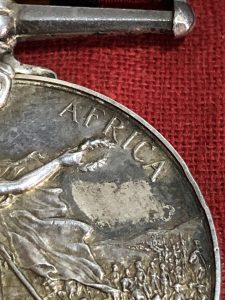 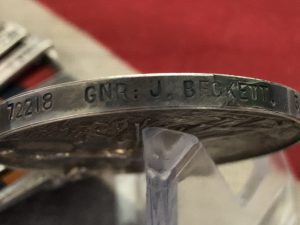 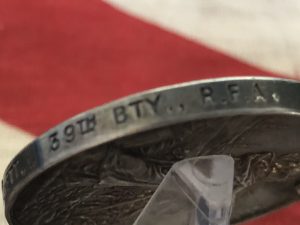 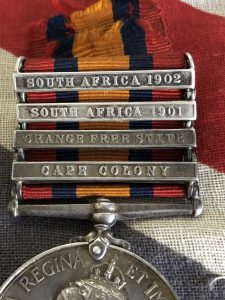 John was born in 1871 and attested in April 1889. He was a bedstead fitter by calling. He served with the 39th Battery RFA and saw service in India from Sep 1890 until March 1897. His records confirm the clasps although the date clasps are loose and the 1902 clasp slightly rubbed.