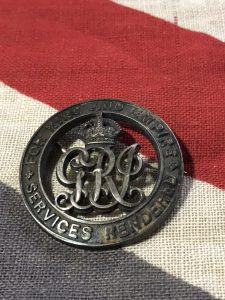 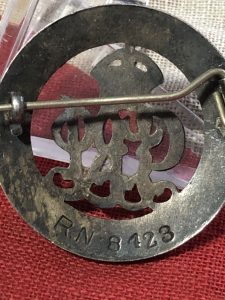 Awarded to M11662 Donald McInnes. Donald was born in Southampton in 1868 and enlisted in 1915. He was and engine fitter/turner by trade. Although suffering from chronic arthritis, it is noted that it shock was the reason for discharge. at the age of 47.

He was serving aboard HMS Dahlia, a fleet sweeping sloop, sweeping the Cromarty Firth when it hit a mine which blew the bow off the ship. The ship limped to harbour and was repaired but when the mine was hit, 3 men were killed outright, one man later from wounds and one was lost at sea. The Captain too was severely injured.