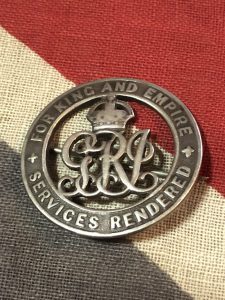 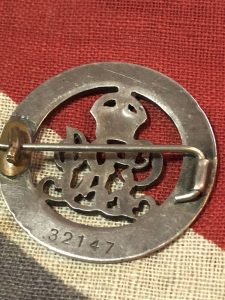 Awarded to G5740 Pte Charles Roberts of the Middlesex Regiment. Charles was born approx 1895 in Wandsworth Surrey and served pre war with the 6th Bn East Surrey Territorials and worked as a grocers assistant. He enlisted in August 1914 and joined the 19th Hussars Southern Cavalry but was only with them until September 1914 when he transferred to the Middlesex Regiment. He served with the 12th Bn and served in France from July 1915 until December 1915 thus making him entitled to a 1915 Star Trio. He was discharged back to Middlesex Rgt Depot in the December but continued to serve until June 1916 where he was deemed physically unfit for service due to an ulcer on his eye.

As you can see on the badge, there has been at some stage, a repair to the clasp