Ukranian Defender Of The Motherland Medal with certificate. 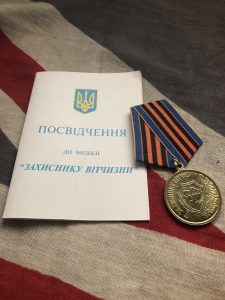 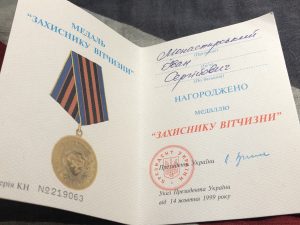 An award of the President of Ukraine, the “Defender of the Motherland” Medal is awarded to war veterans, who live in Ukraine, as well as citizens of other countries which participated in the liberation of Ukraine from Nazi occupation. It may also be awarded to other citizens of Ukraine for personal courage and bravery while protecting the public interest, and strengthening the defense and security of Ukraine.