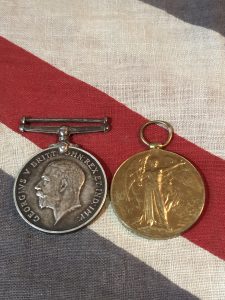 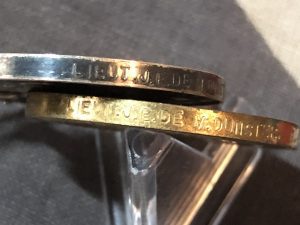 John Eugene De Mohun Dunster was born in 1881 and lived at ‘The Laurels, 16 Golden Manor, Hanwell. His father was the District Railway Superintendent which is why John probably followed his father to work in GWR, Great Western Railways. John was a clerk and based in Paddington Railway Station, a post he took in 1898.

The Imperial War Museum holds the following Album belonging to John Eugene de Mohun Dunster: Album containing well-captioned photographs recording his training with the Public Schools Special Corps at Epsom in September 1914 and with the Inns of Court OTC at Berkhamstead, October – December 1914; commission into the 10th Battalion Devonshire Regiment (100th Brigade, 33rd Division) at Bath in February 1915; service with the 11th (Reserve) Battalion Devonshire Regiment (44th Training Reserve Battalion from September 1916, 10th Reserve Brigade) at Wareham, August 1915 – September 1917; service with the 6th Battalion Somerset Light Infantry (14th Division) in France, September 1917 – July 1918; and with 735th and 51st Labour Companies in France, July 1918 – October 1919. Also, a notebook detailing his movements 1914 – 1919, and official documents including his Officer’s Record of Service, commission and a certificate of membership of the Ypres League of Officers

He served as a Lieutenant with the Devon Regiment and later as a Captain with the Labour Corps. He entered the Western Front in September 1917,