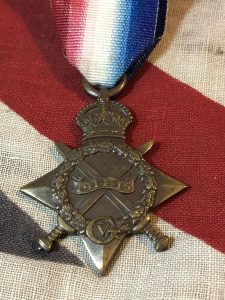 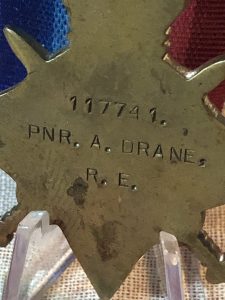 Albert first enlisted with the Kings Royal Rifle Company and records show he went overseas in May 1915. Albert though did not go with his regiment but deserted and later joined the 6th Battalion, Depot Labour Battalion, D Company of the Royal Engineers. He went overseas to France with the RE in September 1915.

Police reports show that when they attended his address of 150 Scovel Road, Southwark Bridge, they found out from his wife, Elizabeth, that Albert had arrived home in his uniform, removed it and left in plain clothes telling his wife that the next time she would hear from him that he would be in France. The police took away his uniform. When Albert was discharged and it came to his attention that he was wanted for desertion, he explained that although he had enlisted into the KRRC, he thought that due to having one leg longer than the other, he would undoubtedly be discharged. With this being his thinking, he felt that he must do his bit for King and Country and therefore enlisted pretty much straight away into the RE.