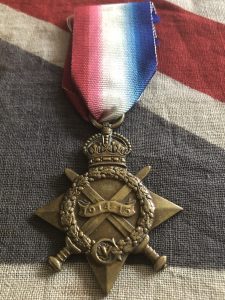 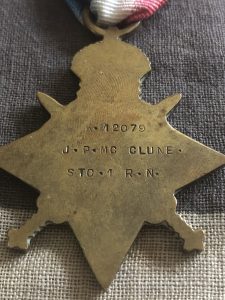 John Patterson McClune was born in Belfast 1893. An address of 6 Woodford St, Court Ward, Antrim is noted for him. In 1911, he was working as a general labourer. His last known residence is given as 79 Donegall Road Belfast and he was living here in 1972 when he died, he was cremated at Roselawn Cemetery.

Other than his missing British War Medal and Victory Medal, he is undoubtedly entitled to WW2 service medals too. He did not qualify for a LSGC Medal as his service history is littered with days in the cells!