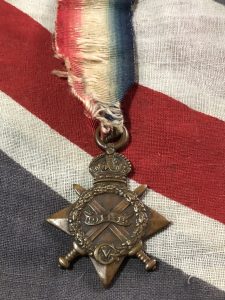 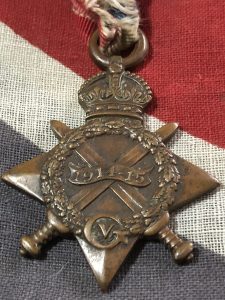 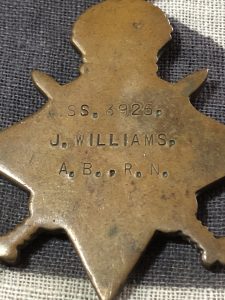 John was born in Battersea in 1894 and pre war was a butcher. He enlisted in April 1912. He served on a handful of ships, one being HMS Nairana.

The Nairana was a troop ship which was converted into an aircraft carrier which carried Beardmore WB111, Fairey Campania, Short Type 184, Sopwith Baby & Pup as well as 2F1 Camel aircraft throughout her service. She was sent to the  North Russian campaign in 1918,  in support of the British intervention in the Russian Civil War. On 1 August she took part in what was probably the first fully combined air, sea and land military operation in history, when she and her Campania seaplanes joined allied ground forces and other ships in driving the Bolsheviks out of their fortifications on Modyugski Island at the mouth of the Northern Dvina River.  Nairana used her own guns on the Bolshevik batteries. She and her aircraft then scouted ahead of the Allied force as it proceeded up the channel to Arkhangelsk. The appearance of one of her Campanias over Arkhangelsk caused the Bolshevik troops there to panic and abandon the city. Nairana sustained no damage during the assault. As of October, the ship was carrying five Campanias and two Sopwith Baby’s, although these last two aircraft were replaced by Sopwith Camels in 1919.

On a length of original frayed ribbon