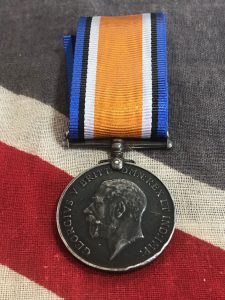 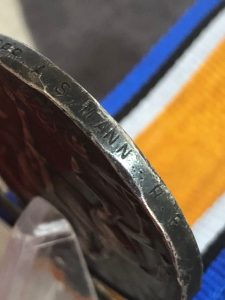 Arthur amuel Mann also had the service number WR/355098 with the Royal Engineers.

Born in Gloucester in 1881, he was married to Lottie and lived at 1 George Road, Norton, Gloucester. Prior to the outbreak of WW1, he had completed 12 years service in the the Royal Navy with the service number 299463. He was transferred into the Royal Fleet Reserve in January 1914. On his service papers into the Royal Navy, he gives his occupation as boatman.

He attested for the Royal Engineers in September 1916 aged 35. He is entitled to a pair for WW1 service. More research would be good to find out his story.

Medal comes with a length of modern ribbon. Medal has a lovely black patina and as can be seen from the picures, there is some edge bruising.