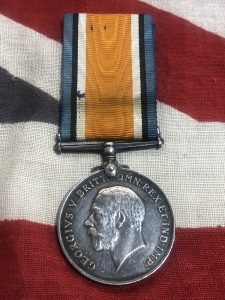 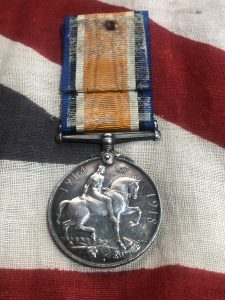 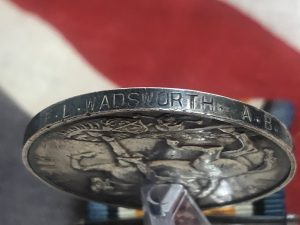 Frederick Leonard Wadsworth was born in Market Harborough on 16/4/1898. He enlisted in the Royal Navy on his 18th birthday. His trade upon enlistment was a bottle washer.

He later joined the Royal Fleet Reserve in February 1920. We find him in 1939 working as a milkman/heavy worker, married to Nellie and living 39 Scotland Road, Market Harborough.

He is entitled to a pair, the BWM has a small length of original ribbon supplied.