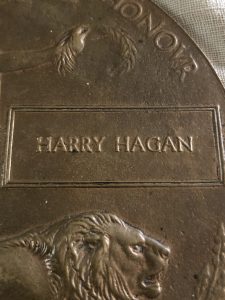 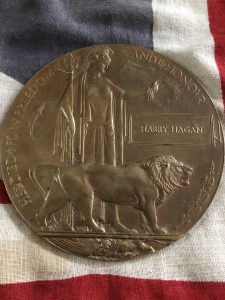 An enigma this one!

Its thought this Plaque is for S/14650 Pte Harry Hagan 2Bn Seaforth Highlanders. Died of wounds 4/9/1918. He served with A Company and is buried at Terlincthun British Cemetery Wimille, France.

Harry hailed from Liverpool and was the son of John & Elsie who lived at 15 Gidlow St Stanley Liverpool. He is thought to have enlisted in Edinburgh.

It gets confusing here as even though this is clearly stated on records, CWGC has this service number for a Hugh Henry Hagan?

Its a good research project for someone