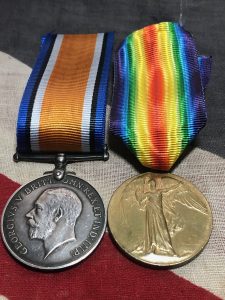 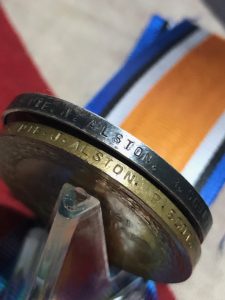 John was born in 1877 and was called up to enlist in 1916 aged 39. He was working as a french polisher living at 24 Montague Street, Edinburgh.

He went overseas to France with the 12th Battalion in January 1917 and served with them until service aggravated an old ruptured finger wound in June 1917. He had two operations for it and ended up serving as a batman in the Labour Corps with the service number 517668. He was discharged in February 1919. The Pair is his full entitlement.

He married Alice Percy. John died in 1939 and is buried in Grange Cemetery, Edinburgh.