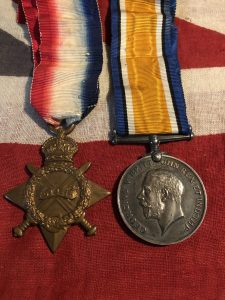 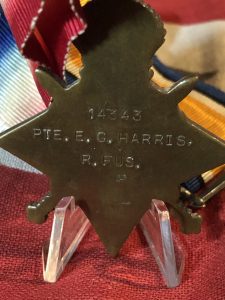 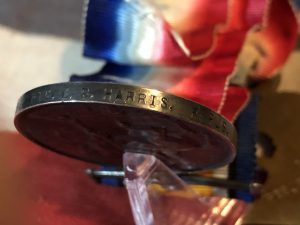 Edward Charles Harris served also with the service number 143142 in the Royal Fusiliers. He served with the 3rd Battalion, 2nd Company.

Records show him from Salisbury and was a railwayman. He was 25 when he was captured in Kalendra, Greece by the Bulgarians on the 4th November 1917.. His prisoner number was 7361.

His Victory medal is sadly missing although encouraging for a re-unite.