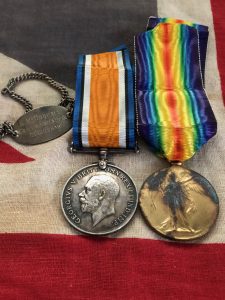 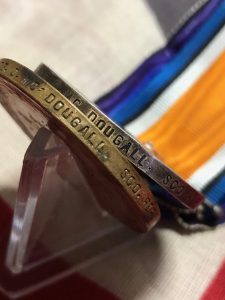 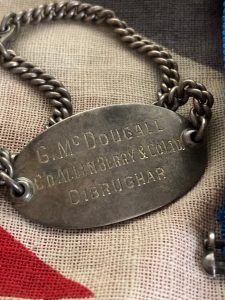 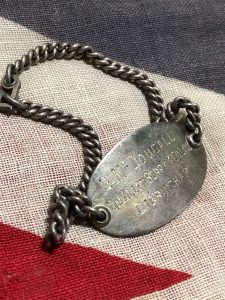 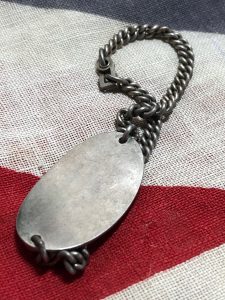 David was born in Forfar in 1883. His papers survive and from them we see his address at the time of enlistment in May 1916 was 3 Eassons Angle, Dundee. He lived there with his wife Jessie. He is a stone mason but at the time was working as a barman/spirit salesman.

He went overseas to France on July 23rd 1916. He was with the 3rd Bn Scottish Rifles before transferring to the 14th Bn.

He transfers to the Labour Corps in April 1917 and then to the Royal Engineers in July 1917. He serves there with the 518th Field Company and is seen to be working again as a mason.

He has a medical in 1919 where he states his address now as 15 Montrose Road, Forfar.

Medals come on original long silk ribbons and is his full entitlement.

Also with the lot is a silver coloured ID bracelet. This is named to a G McDougall, Care of Allen Berry & Co. Dibrughar. Allen Berry & Co was a company based in Dibrughar, India. Maybe a brothers?