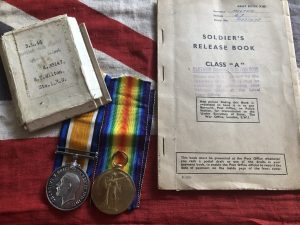 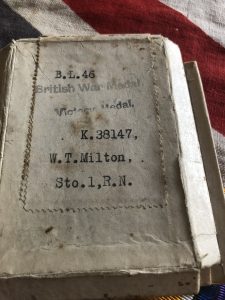 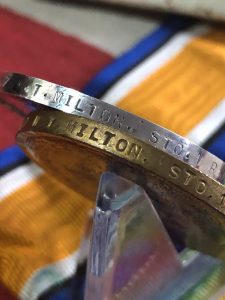 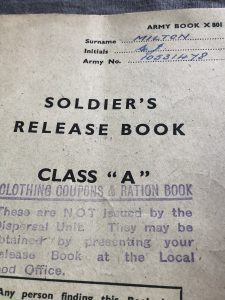 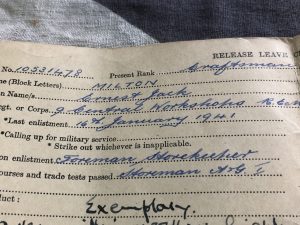 William Thomas Milton was born in Brixton in 1899. He enlisted for service in October 1916 and was de-mobbed in April 1919. He was a milk carrier by trade, something that ran in the family as his father Samuel was also a milk carrier. He married Annie in Epsom in 1912 and died in 1990.

Also included is Williams sons Ernest Jack, WW2 release book from the REME. William had two sons, another Percy James and he and Ernest were both baptized on the same day in April 1916 so possibly twins?

A nice lot worthy of some more research.