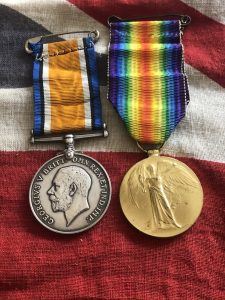 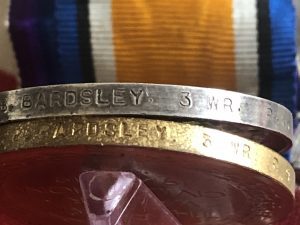 Joseph Bramwell Bardsley was born in Halifax, Yorkshire in 1899 and was working as a clerk when he enlisted in October 1917.

Although being a ships writer, he was also employed as an artisan, he assisted with the ships sick bay staff as well as ships police.

Medals come on original silk ribbons with pins to wear. A nice pair to a ships writer.