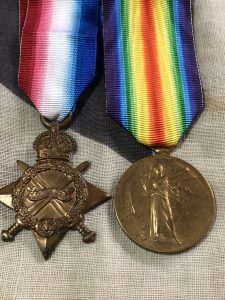 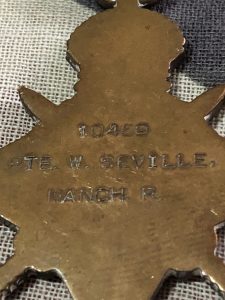 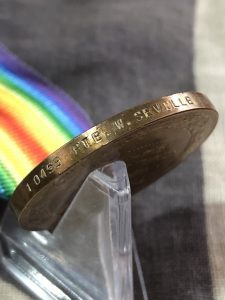 A nice one for us as we managed to reunited the pair, sadly there was no sign of the BWM

William landed in Boulogne with the 18bn 3rd City Pals on 8/11/1915 and marched to Coulonvillers. Here he was put into C Company 9th Platoon.

On the First Day of the Somme, 1/7/1916, he was a part of 30th Divisions attack on Montauben Village. Between the 4th and 6th of July, his Battalion were charged with removing the dead from the battlefields of the previous few days. On the 7th July 1916, he was in Maricourt to attack the Germans at Trones. His battalion was present on the 31st July 1917 at the 3rd Battle of Ypres, Paschendaele. He was discharged in March 1919 due to heart and stomach troubles.

He also served with the East Lancashires, 2Bn as 31961