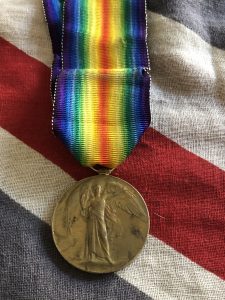 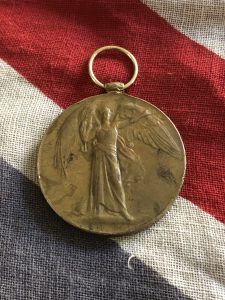 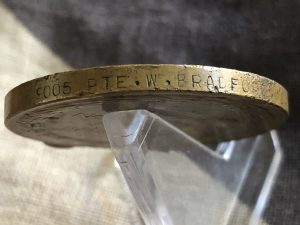 Born in 1888, William was a pre war soldier who entered the War on 23/9/1914. The Theatre given on the MIC is 5H Asiatic but the 2nd Battalion left South Africa 4/10/1912 and disembarked in China 3/9/1912 (Peking and Tientsin)  As said, he served with the 2nd Battalion, he was in C Company but also served with the 4th Bn and ended up as Acting Sgt. He would’ve with his Battalion saw action at Gallipoli, landing at Cape Helles and also the Western Front.

“Most of the 2nd Battalion left Tientsin, and on 23 September 1914, disembarked at Lao Shan Bay, situated 30 miles to the south of the German base at Tsingtao. After the siege of Tsingtao, the 2nd Battalion were embarked on 18 November at Sha-tzu-kou Bay, destination Hong Kong, arriving on 22 November.

The 2nd Battalion was then shipped back to the UK, disembarking on 12 January 1915. From 15 January to 16 March 1915, they were at the Base Camp 87th Infantry Brigade, Rugby, Warwickshire. On 17 March, they embarked S.S. Canada at Avonmouth, destination Alexandria via Malta, arriving in Egypt on the 29th March.

Please note the addition of a new replacement ring suspender. Comes with a long length of original silk ribbon.