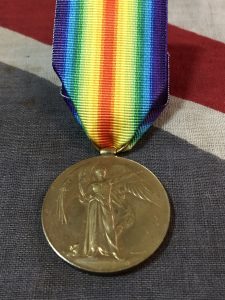 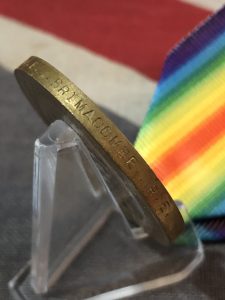 Ernest James was born in Plymouth in 1889. In 1911 we find him living at home working as a butchers assistant. An address found for him is 70 Exeter St Plymouth. He was married to Mary Ann.

He is entitled to a pair. During his service, he served in Salonica and the with the 143rd Army Troops Company which as a part of the Royal Engineers, served for 2 months in the Russian theatre.

We find him again with his wife in 1939 living now at 7 Alma Place Plymouth and is a shop keeper.