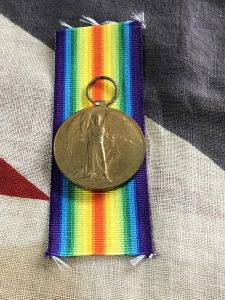 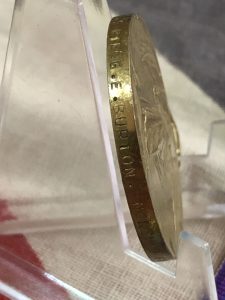 George Edward was born in Sunderland in 1884. We have found two addresses for him, 2 Seabank Place Sunderland and 6 Harrogate St Hendon, Sunderland. He enlisted into the 11Bn North’d Fus in 1915 and served in France from 1917.  He also served as 47381 with the Suffolk Regiment. He also served in Taranto, Italy. He later served as 24068 in the Labour Corps.

He was working as a labourer pre WW1

With a length of modern ribbon.