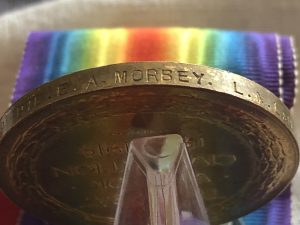 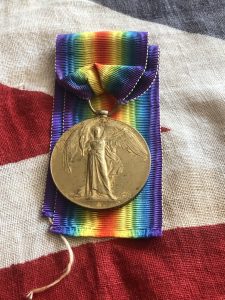 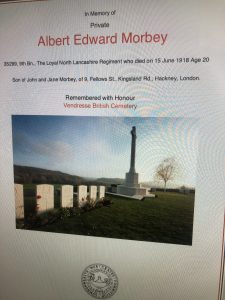 Albert was born April 1898 in Shoreditch, the son of John & Jane. He is entitled to a pair although the BWM is missing. He was reported missing in July 1918 and then reported POW in November 1918. It appears that Albert was captured around the 15th June 1918. It is reported that he died in captivity on the 15th, he died from wounds as he was shot in the lung. Albert was just 20 years old. He was serving at the time with the 9th Battalion Loyal North Lancs though rolls show that he also served with the 10th Battalion also.

He is buried at Vendresse British Cemetery at Aisne, France.