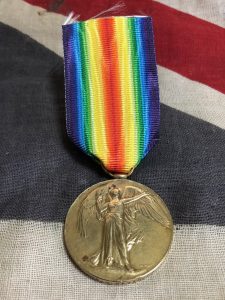 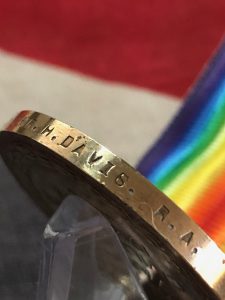 Harry was born in 1898 in Belper. He lived with his parents at Wall St, Ripley. He served with the 93rd Siege Battery RA. He enlisted in Ilkeston, Derbyshire. Reports state he was accidentally killed on 25/1/1918.

He is commemorated on the Thiepval Memorial.

Medal is on modern ribbon.