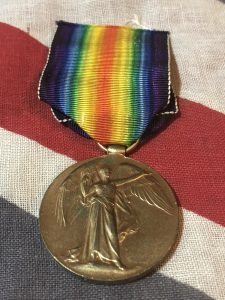 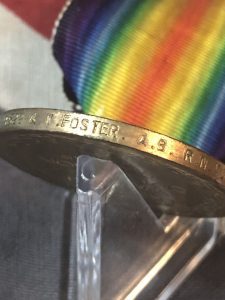 Albert William Foster was born in 1885 and was a Publican in the White Bull Inn in Sleaford Lincolnshire. He enlisted into immediate service in February 1916. The following month he was attached to the Sea Service Battalion. He was demobbed from the RND in May 1917 and moved straight into the RNVR. In June 1917, he was sailing from Halifax to Queenstown aboard the SS Saragossa with a full load of sugar when it came under the attack of U69 and its Captain, Ernst Wilhelm. They were off the Irish coast when the Saragossa was torpedoed and it sunk with no loss of life and its full crew were rescued.

He married Emily and in 1939 was a licensee with Emily assisting. He was living at 14 Southgate, Sleaford, Lincs.