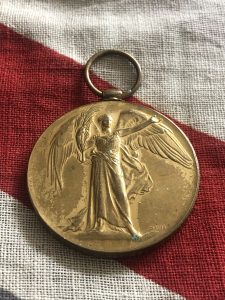 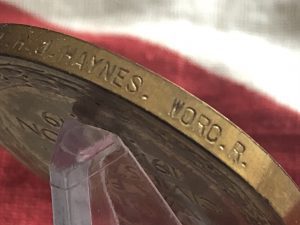 Herbert John Haynes was born in 1880 and enlisted into the Worcestershires in November 1915. He went overseas in July 1916. He is entitled to a pair. He was married to Rose and an address is given as 81 Westfield Road, Kings Heath Birmingham and he worked as a clerk.

He served with the 2nd, 4th and 11th Battalions and ended up being sent to the Caucasus Front, most probably with the 11th

‘In 1918 the battalion was involved in small offensives throughout the year, leading up to another battle at Doiran in September. The Bulgarians agreed an armistice on 1st October but 11th Battalion’s war continued until the end of the month when Turkey finally surrendered.

The 11th Battalion however remained in the region peopled variously by Bulgarians, Romanians, Serbians, as nations
and peoples settled uncomfortably to the new regimes. Disturbances in the Caucasus became of more concern and the Battalion sailed across the Black Sea to Georgia in April 1919.

In common with 9th Battalion, they stayed there on peacekeeping and governance duties until it was subsumed by its sister battalion in September 1919.’

Herbert served a total of 2 years and 317 days. Medal comes without a ribbon, as it came into us.