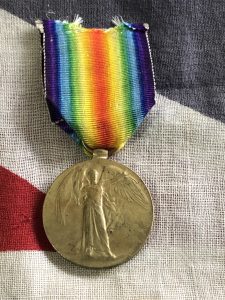 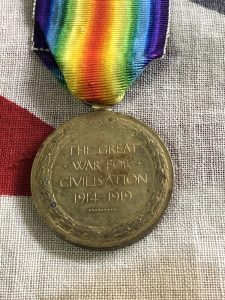 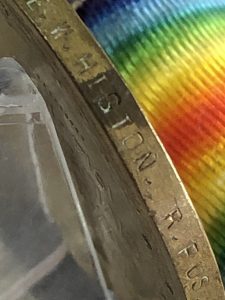 William was born in 1898 and resided in Alstonefield, Staffordshire.He enlisted into the 26th Bn and went first to France in June 1917. He was in Italy from November 1917 until March 1818 when he returned with the 26th C Company to France. There is a wound report for him dated 30/5/1918 which notes Gunshot wounds to face and arms, fleshwounds. Further investigations find us that on 31/03/1918, he was at No. 3 Canadian Stationary Hospital. At that time, the Battalion was at Achiet Le Grand and between the 22nd march and 31st March, they undertook many operations in the area of the River Somme. We know that on the 23/24th March, C Company were sent to reinforce the 20Bn Durham Light Infantry. On the 28th, the Bn was ordered to advance on the enemy at Rossignal Wood. It is possible that it was at this action that William was injured.

William transferred to the 9th Bn Royal Fusiliers on the 29th Sept 1918 and stayed with them in France until January 1919.

1939 Register shows us William as a cowman on Church Farm Stanshope aged 41.

Medal comes on a length of original silk ribbon.