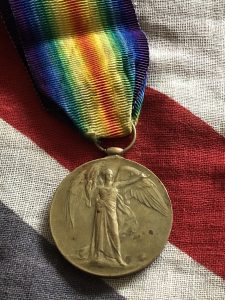 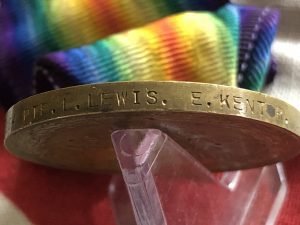 Lewis was born in 1882 and it is recorded that he lived at 3 Albert Road, Penrhiewtyn, Neath, Swansea. He was a baker pre war. He is entitled to a 15 Trio after going overseas to France with the Buffs in Feb 1915. Pre call up, he had served in the East Kents for 12 years.

On a length of original ribbon,