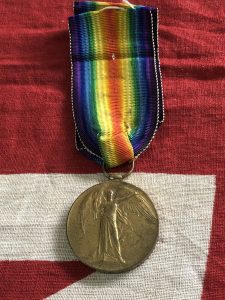 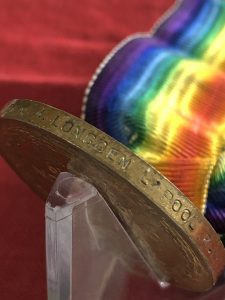 William Henry Longden was born in Everton in 1897. He served from July 1917 until he was released from duty as unfit for service in March 1919. A report dated 29/5/1917 shows William missing and confirms him as a POW in the following September. William was serving with the 12th (Seaforth) Bn Liverpool Regiment when he was captured at Cambrai on 25th May 1917. Reports show he had a wounded left arm at the time of his capture. Records show him living at 3 Queens Road Bootle with his wife as next of kin. William was released on 28/12/1918. He is also entitled to the British War Medal plus a Silver War Badge numbered B140354.

Medal comes with a long length of original silk ribbon.