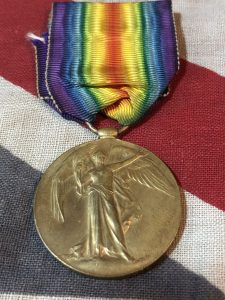 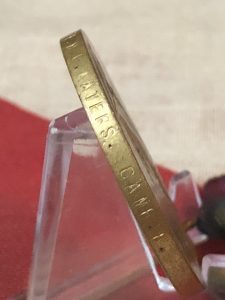 Harry Barnard Waters was born in 1891 and resided in Long Stratton, Norfolk. He served also in the South Staffs as well as the Norfolk Regiment and RE.

He was a farm labourer by calling and enlisted in April 1916. He went to France with the 1st Bn Cambridges in October 1916. Reports show him being shot twice. The reports differ as one says he was shot in the thigh and forearm, the other says thigh and face. A report also shows that he was gassed in July 1918.

He is entitled to a pair. Medal comes on a length of original ribbon.

A great medal to a much sought after and desirable regiment.