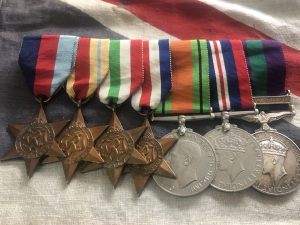 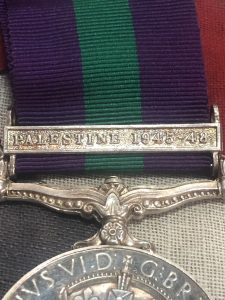 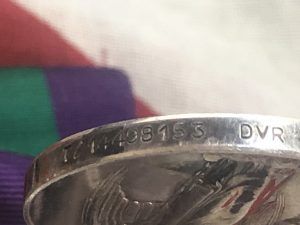 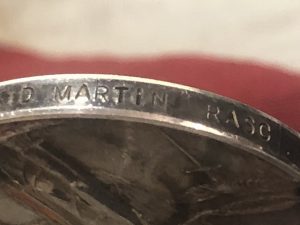 A veteran of the African, Italian and European theatres in WW2 he later served in 156 Sub Area at HQ Jerusalem in the eastern sector of Palestine during the Jewish Insurgency from 2/5/1945 until 3/3/1946.

Swing mounted for wear on a clasp