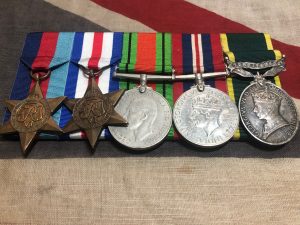 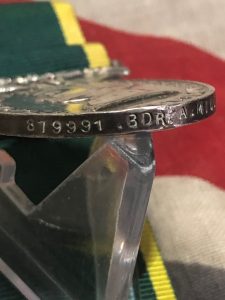 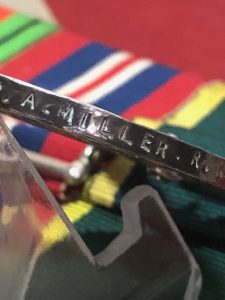 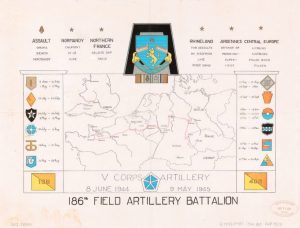 Alexander enlisted into the 80th Lowland (City of Glasgow) RA (TA) in 1938. Records show us he joins 80th Field Regiment in 1941 and later, the 186th Field Artillery Battalion RA, in December 1942. These Battalions are a part of the 52nd Lowland Division. Following their records, they seem to spend most of the War in the UK until October 1944 when they head over to France and land at Arromanches. Some of the 186th landed on Omaha Beach on the 8th June 1944 but suspect Alexander went over later.  Alexander was wounded, although document state Date Not Recorded, we suspect it was at the end of October 1944. They worked their way across Normandy and into the Ardenne Forest where they link up with the Americans on the 16th December 1944 and fight in the ‘Battle of the Bulge’ until the 13th January 1945. Having broken through the Ardenne, they crossed the River Rhine on the 28th March 1945.

He is released from service in April 1946. More research is required to see if Alexander did land on Omaha Beach in June 1944. A great medal group which was earned through some tough battles towards the end of the War as the Germans tried to hang onto their 1000 year Reich.

All medals are nicely court mounted on card for display with modern ribbon.