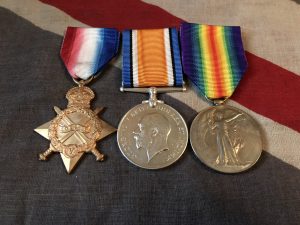 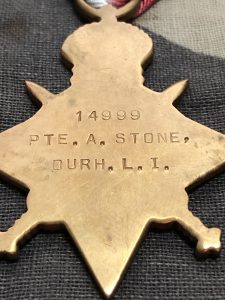 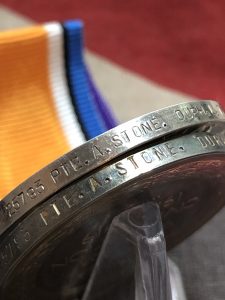 Arthur Stone was born in 1895 in Tiverton, Devon. His Mothers address is given as The Lodge, Rewe, Stoke Canon, Exeter.

He was admitted to hospital whilst serving with the 11BN DLI. He received gunshot wounds to his right hand and thigh. He seemed to have heeled well from the thigh wound but subsequently needed a finger removing after the GSW.

A bit of an enigma here in the medal stamping office! It appears his pair is stamped to the DLI using his DCLI number (which they have got wrong)

All on modern ribbons, it looks at some point that the medals may have been treated with something, we think this due to slight discolour.