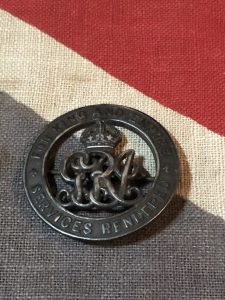 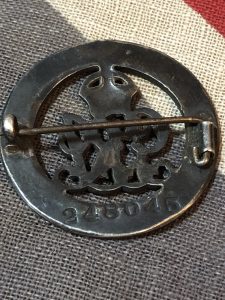 Awarded to 393601 Rifleman Walter Samuel King, 9th Battalion London Regiment, who received a gun shot wound to his thigh on 14 April 1917 (the final day of the 1st Battle of the Scarpe) when his battalion suffered 120 men killed, and was discharged as a result the following September.  A married clerk, he had enlisted under the Derby Scheme in December 1915 and was mobilised the following July, going overseas on 24 December 1916 to the Western Front, where he joined 1/9th London Regiment (Queen Victoria’s Rifles). Charles is entitled to a pair.