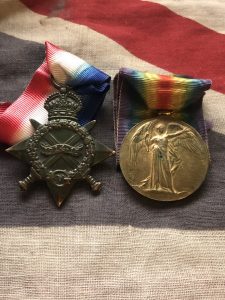 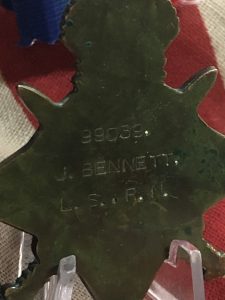 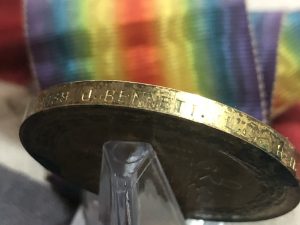 John Bennett was born in Bristol in 1861 and enlisted into the Navy on his 18th birthday. He initially signed up for 10 years but moved over to the RFR for 12 years and again re-enrolled in 1901 for another 5 years. After this, he enrols again in 1911 for 5 years but sees out WW1 and finally discharges in 1919!

His ships, too many to list, include, Impregnable, Wolverine, Thalia, Anson plus many shore establishments. John most certainly saw the Royal Navy change from its old timber battleships through to the ‘modern’ Dreadnought.

Its a pity about the lost BWM and one would certainly assume there would’ve been a LSGC. Worthy of much more research.