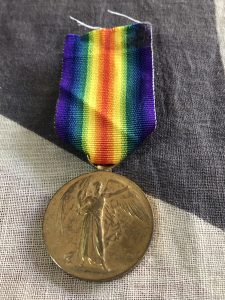 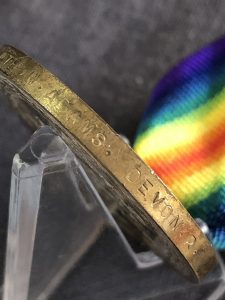 William was born in March 1897 in Plymouth and served with the 15th Devons before transferring to the 2nd Bn Wiltshire Regiment, his service number there was 203107.

Medal comes with a length of modern ribbon.